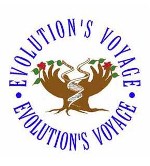 Genome : The Autobiography of a Species in 23 Chapters
by Matt Ridley

Like an approaching thunderstorm, we know about the importance of DNA in our morning papers, the evening TV news, and from our close circle of friends; yet most of our species is still unprepared for the approaching storm. With the storm comes the unknown probability of upheaval for some and succor for others. What we know for sure is that there will be massive changes for our species as we attempt to plot a new course in our own evolution.

Matt Ridley's new book arrives at a critical junction in our biological human history. Just weeks after the announcement that the human Genome had been read, Ridley's book appeared like the welcomed first flower of springtime. With passion and love for the science that he follows, he has given us a wonderful gift to enlighten us with. The book escorts us through 23 chapters of our genome like an autobiography of a famous personage that we are eager to know more about. Written in a causal, gossipy, yet highly structured style, he reminds us that even the most difficult subjects in science are easily enjoyed by a receptive and educated audience:

"The fuel on which science runs is ignorance. Science is like a hungry furnace that must be fed logs from the forests of ignorance that surround us....A true scientist is bored by knowledge." p.271

I am not trying to suggest that anyone with no prior knowledge and a lazy attitude concerning the subject can read this book and walk away with a through knowledge of the genome; it still requires focus, patience and further study. But with the burning passion to share his knowledge of the genome, and the comfortable style in which he leads us, Ridley has given us a highly readable attempt that should be lucid to a wide audience. Although, this is the best attempt yet that I have read concerning the subject of the genome, it still falls short of completely answering all of the questions that common people might have on intelligence and sexual orientation by providing both sides of the debate on each subject without really taking a stand.

But on one issue in which he does make a strong stand is his reconstruction of the "selfish gene" theory generally supported by genetic determinists. To quote Ridley: "...no gene is an island. Each one exists as part of an enormous confederation called the body....It is time to visit a much more social gene, a gene whose whole function is to integrate some of the many different functions of the body, and a gene whose existence gives the lie to the mind -- body dualism that plagues our mental image of the human person. The brain, the body, and the genome are locked all three, in a dance." p. 148

Ridley reinforces the current consensus that our behaviors react and adapt more to outside of the body influences than inside: "...your brain chemistry is determined by the social signals to which you are exposed. Biology determines behaviour yet is determined by society....Mood, mind, personality and behaviour are indeed socially determined, but that does not mean they are not also biologically determined. Social influences upon behaviour work through the switching on and off of genes." pp. 171 & 172. I believe that this will be the most important argument in the near future when we revisit the poor inner-city and crime-plagued local environments in renewed efforts to eliminate such social ills.

Another issue in which Ridley takes a firm position on is his belief that humans would be far better empowered in knowing the contents of their own DNA, and he does so convincingly. He states that we will be free to make intelligent decisions affecting our own futures and doctors will be able to prescribe medicines that are tailored specially for our sequence readout, and thus be more effective. But Ridley also knows from history that man has made judgment errors regarding "inferior" individuals. Ridley goes into detailed historical facts concerning eugenic polices and projects that governments and non-governmental organizations have fostered in our "enlightened" past; particularly toward those considered "feebleminded." (Matt -- you missed mentioning Henry Ford).

But undaunted, Ridley gives us a strong argument for genetic screening:

"There is a world of difference between genetic screening and what the eugenists wanted in their heyday -- and it lies in this: genetic screening is about giving private individuals private choices on private criteria. Eugenics was about nationalising that decision to make people breed not for themselves but for the state." Page 299.

I am not as optimistic as Ridley concerning the benefits of knowing the contents of our DNA giving us strength in knowledge. I am not convinced that "eugenics was about" refers to the past tense. As I write this book review, the latest buzz in to why service stinks in the business world treating customers like garbage (like airlines and banking) is that new computer technology makes it easier for businesses to determine with tracking software which customer is a winner or loser. (Business Week, Oct 23, 2000, "Why Service Stinks"). I just can't wait to see what "benefits" that lie ahead for us when major corporations know the contents of our DNA to wean out the "losers" to benefit the bottomline. Somehow I get the gut feeling that for-profit companies will not share Ridley's observation that all creatures, great and small, are our brothers and sisters and made from the same thread of life:

"The surprising similarity of embryological genes in worms, flies, chicks and people sings an eloquent song of common descent. " p. 185

I say, damn the torpedoes and full speed ahead as I believe that more benefit then cost lies ahead with genetic knowledge. In the meantime, arm yourself with as much knowledge on the subject to fight the predatory profiteers and you can start with this highly recommended book.

Click here to learn more or purchase from Amazon.com